Discover the multicultural capital of Greece! The birthplace of Democracy, Theater and Classical Art welcomes you to an unforgettable journey throughout the centuries. Taste local delicacies in the picturesque neighborhood of Plaka, an area full of traditional colored cafes, where you can buy also leather or wooden handmade items and local organic products (olive oil, herbs, feta cheese, honey). If you are hungry, do not miss the traditional taverns with delicious fresh fish and salads at Mikrolimano or Peirreaki area, near to Piraeus Port. After a big greek meal, visit interesting museums, like the National Archaeological, the Byzantine and the New Acropolis Museum. Enjoy your afternoon next to the beach in Glyfada or Vouliagmeni area, the famous Athenian Riviera of the locals. The blue Aegean Sea and the breeze create a summer atmosphere. At night dance with the rythms of the greek music at great stylish bars or bouzoukia (live music stages) and feel the country’s temperament. 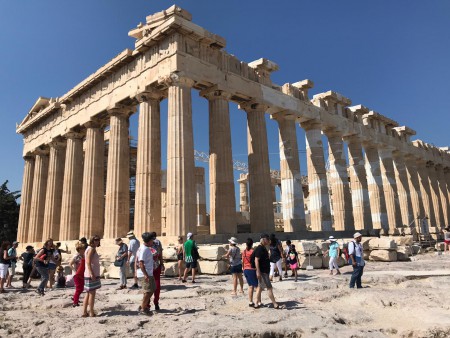 Visit the unearthed Macedonian tombs of Vergina, the symbol of the greek Macedonian dynasty of the glorious King of Alexander the Great. Precious findings made of ivory, gold, silver underline the luxury of the funeral imperial ceremonies.The highlight is the central tomb that is maybe connected to Phillip II, the father of Alexander.  After the exciting tour into the tombs of Vergina, it’s time for Veroia city. During the byzantine period Veroia is named “Small Jerusalem”, because of its 48 byzantine churches. Its macedonian mansions, cobbled streets, the jewish synagogue, the Step of Apostle Paul, the dozens of byzantine churches, the ottoman monuments and interesting museums make you understand that the city was an important crossroad in the ancient times. Before your departure, taste the local sweet “Revani” (syrup cake with samolina) and be ready for wine tasting at Naoussa city. Naoussa is a place intimately connected with the greek macedonian wine and the ancient Greek God Dionysus. Endless vineyards, modern wineries await you to discover this red treasure. Aromatic varieties of high standards combined with exquisite local traditional appetizers (mezedes in greek) that tickle your palate. 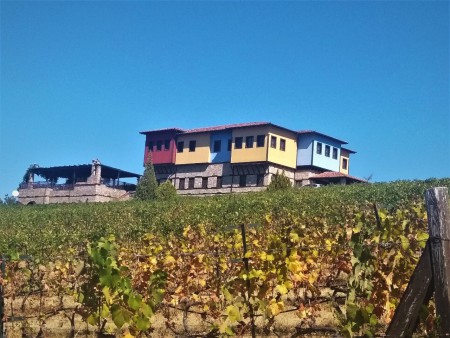 Lake Plastira in the region of Karditsa will enchant you with its  landscapes of unparalleled beauty. Lash vegetation, caves, waterfalls, byzantine monasteries and local museums complete this fantastic place. Lake Plastira is an ideal destination of all ages. Alternative outdoor activities such as hiking, horseback riding, canoeing can be arranged by local agencies all year around and I am sure that kids will love it. Just a few kilometers from the lake, there is a thermal-spring area, Smokovo Baths-Spa. Relax and detoxify your body and soul on the slopes of the longest mountain range in Greece, named Pindus. 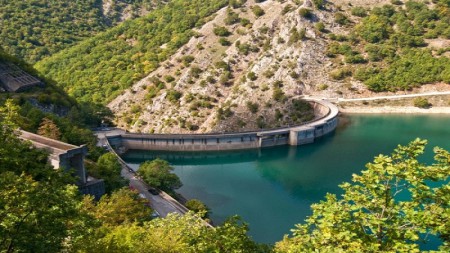 Traveling to the heart of the mainland of Greece, you reach the Thessalian plain, where Feta cheese and the famous distilled spirit, tsipouro, are produced. The most famous city is Larissa, that is inhabited for more than 8000 years. It was one of the most important european trade centers during the ottoman period and it is connected to the great doctor, Hippocrates, who died here. Its amazing monuments, dated from the ancient to the ottoman times, show us the significance of this city and it is quite easy to admire them, because they are incorporated into the urban plan. It is a modern city with lively nightlife, many shops and cafes. Drink a cup of hot greek coffee or freddo cappuccino at one of the hundreds of cafe-bars, that gave to Larissa the name, “the queen of coffee”. During the summer period explore the seaside parts of Larissa region on the eastern side of Mount Kissavos (Ossa), dive into the crystal blue waters and enjoy the greek summer. Opposite to Mount Kissavos you can explore the mythical Mount Olympus, that still keeps the secrets of the 12 Olympian Gods. On the way back to your hotel, stop for a while at a local winery where you will taste organic wine and learn about the traditional methods of winegrowing. 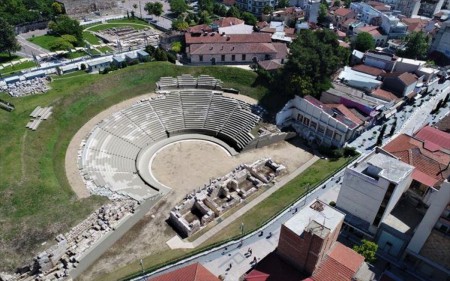 Are you a sailing-lover or trekker? Mount Pelion is the answer…The residence of the legendary Centaurs and Jason of Argonauts, with its beautiful blue beaches, welcomes you to an amazing travel experience. On the slopes of the mountain stone, traditional villages are romantic shelters for greek weekenders, but also for foreign tourists during all year. Delicious meals with local organic products, homemade spoon sweets and refreshed herbs promise you a yummy gastronomic trip. The highlight of Pelion is the old steam train “Moutzouris” passing through its majestic villages. From the top you can admire the beautiful city of Volos, the Greek Monaco, as I call it. Cycling, lively nightlife and traditional taverns (tsipouradika) for fresh fish and distilled spirits (like tsipouro) are the do’s that you should follow on your program. Just a few kilometers from Volos, visit world-renowned prehistoric archaeological sites, like Dimini and Sesklo. 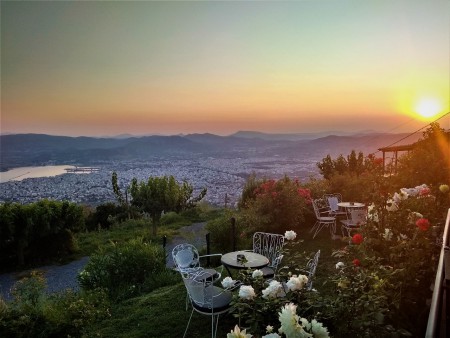 Visit Dion, one of the most famous and largest archaeological sites in Greece, located on the foot of mythical mountain Olympus. It took its name from the king of the 12 ancient Greek gods, Zeus (Dias in greek). It was an important trade and political center during the antiquity and the byzantine period. From there you can still hike on the highest mountain of Greece, the Parthenon of the mountains as I name it, to explore the fauna and flora of the Greek mainland and to admire the breathtaking view of the Aegean sea. Taste delicious lamb chops and bio house wine at local taverns and feel the greek hospitality. 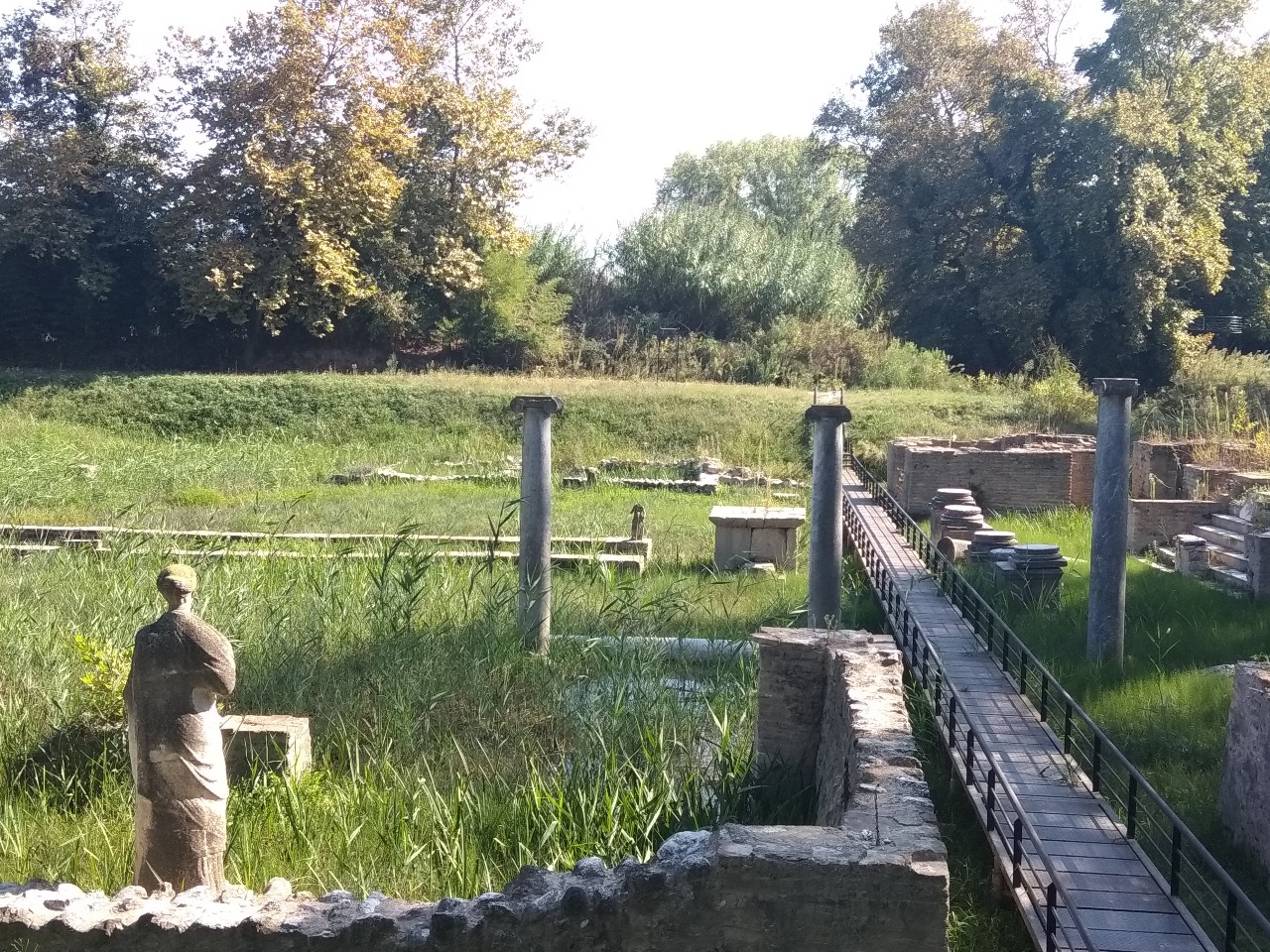 Feel the mystagogical atmosphere of the monastic community of Meteora and learn about the Orthodox Christian doctrine through the imposing byzantine monasteries that located on the top of giant rock formations. Meteora means suspended in the air and up to nowadays this unique geological phenomenon hasn’t been explained by the researches. Five kilometers away from Meteora there is the Cave Theopetra that is one of the most important prehistoric sites in the world dated back to thousands of years ago.  After a fascinating tour of Meteora area, a wine tasting event and a visit to the beautiful city of Trikala is a must. Trikala is quite a picturesque city with a modern and traditional touch. It is considered the birthplace of Asclepius, son of Apollo and a famous god-healer of the antiquity. A long river is crossing the city center with many cafes nearby, whereas cobbled streets with unique macedonian mansions located on the old neighborhood of Varosi. Follow one of them and reach to the top of the byzantine castle. 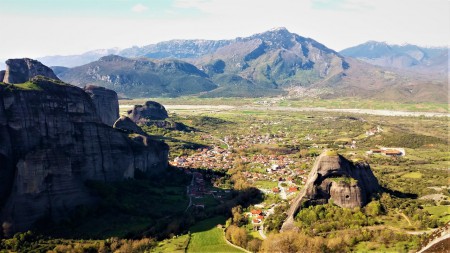 Thessaloniki, the princess city of northern Greece, is a fascinating travel destination that lies on Thermaikos gulf. Its name is connected to the sister of Alexander the Great. UNESCO protects its upper town that survived after a disastrous fire on 1917. The symbol of this seaside city is the White Tower, a part of an ottoman-byzantine fortification system. Thessaloniki is rightly called as an open-air museum with antiquities dated back from the classical to the ottoman period. This modern european city with a balkan touch is famous for its lively nightlife, big university community and commercial activities. One hour away from Thessaloniki you can reach Chalkidiki peninsula. Enjoy a cruise on a sailing boat or yacht, dip into the blue waters, have a wine tasting event and if you are interested in religious tourism, you can visit the biggest christian orthodox monastic community in Greece at Athos (unfortunately female visitors are not allowed). 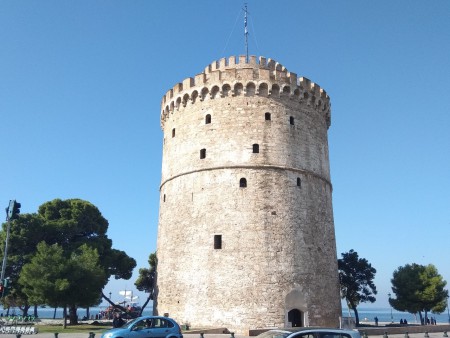